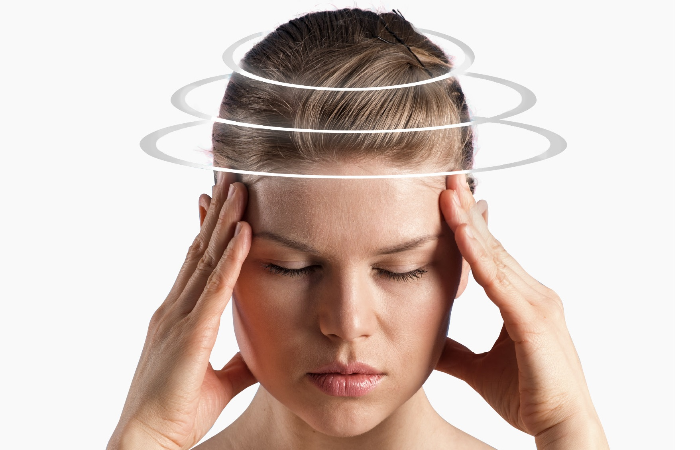 Becoming dizzy is one thing that happens to everybody at some stage in life, in truth with some people it occurs way too much. Whether it's following a sick spell or perhaps simply because of high blood pressure becoming lightheaded and feeling as if you are going to fall down can have severe repercussions. However with some individuals the dizzy spell is much more associated with a spinning feeling as if you are on some sort of amusement ride that isn't especially pleasurable and falling is really a distinct probability. Then you might have the disease generally known as vertigo.

Interestingly enough there are many people that aren't really certain what vertigo is actually. Many people remember a movie some time ago and believe that it really is about a fear of heights, it isn't. Vertigo is actually an inner ear disorder that causes a feeling of spinning. The spinning is really so extreme that it often triggers nausea and throwing up.


The vast majority of instances of vertigo originate from BPPV or benign paroxysmal positional vertigo, a vestibular disorder. Particles within the inner ear happen to be loosened leading to erroneous signals to the brain concerning the condition of your balance. Vertigo may also be a result of fever, infections, sickness or even trauma to the head. It's also prevalent in older people. Fortunately there are actually things that can be carried out to deal with this illness.

One helpful measure is using physical therapy. A method known as the canalith repositioning procedure is when the physician or therapist shifts the patient's head dislodging the loosened particles that are within the inner ear. This puts a stop to the incorrect balance indicators to the brain.

There are additional vestibular disorders which are a lot like vertigo. One in particular happens to be getting more and more notice in the past few years and that's Meniere's disease. One of the primary symptoms of Meniere's disease is actually vertigo which causes the one that has it to spin uncontrollably for various lengths of time. Nausea along with excessive sweating also generally happens. Another element of meniere's in comparison to vertigo is the episodes appear with no notice, which may be very dangerous.

However you will find dissimilarities between Meniere's and vertigo the most significant one being that vertigo is curable with therapy whereas there is no cure for Meniere's disease. Tinnitus, which is a ringing sound within the ear and the loss of hearing, may also be symptoms of meniere's. There's a good deal of study going on to discover a cure for this specific disorder. At this time the very best protection against it is dieting and staying away from alcohol and nicotine.


There are various manifestations of this disease and it is important that one gets to know them in order to look for the right Vertigo cure. The condition affects the posterior semicircular canals in the inner ear. This causes one to have unpleasant feelings. Some of the symptoms include whirls and spins and as if one is having circular motions and this may also lead to losing balance or vomiting when it goes to the extreme.

There are many factors that are associated with the occurrence of the disease including tinnitus which is mostly associated with a ringing sound in the ear. The patient may also experience blurred or double vision, depression, anxiety, headache, head injuries, inner ear infections, multiple sclerosis or brain tumors.

The most important thing while looking for treatment is to look for what has caused the ailment. The doctor usually checks the blood pressure. This may be accompanied by performing tests on the ears. There are also situations where a brain scan might be needed or the use of a rotator chair in order to check the severity of the condition.

There are cases that require the patient to undergo vestibular rehabilitation that involves several treatments and therapies to repair problems in the inner ear. A condition that is caused by damage on the brain might prompt the doctor to use some neurotransmitter inhibitors. This is where a mixture of several substances is used to rectify minor problems in the brain and also when the symptoms are in their nascent stages.

There are also other natural and easy means for treatment that provide great results if they are appropriately used. One of the ways of dealing with the ailment is by having a lifestyle change. This includes eating healthy foods, exercises, body cleansing, and maneuvers as well as natural and traditional therapies. The reason as to why this is important is because having a healthy body helps a great in preventing the occurrence of this condition.

It is also good to note that laughing is one thing that really changes the mood of the body since it acts as a form of massage in the inner body that helps treat the disease at a certain percentage. There has also been an incorporation of spiritual and psychotherapy in the treatment of this condition. It is however of great necessity to know what has caused the problem in order to go for the best cures.

Patients can also use several herbal remedies and still have great results without a visible manifestation of side effects. These medicines are extremely effective in the sense that their results far outweigh those of pharmaceutical medications. Some of the drugs that have been used for long in the treatment of this condition include scopolamine, diazepam, dimenhydrinate and atropine and many others.

Other natural remedies include ginger juice that is known for its efficacy in relieving pain and detoxifying the body. It is important besides all these treatments for patients to have regular exercises as this really helps in reducing pain and accelerating the healing process. The patient also needs the advice of the doctor before taking any Vertigo cure in order to know its benefits and its side effects.